On 11 March, the BUILD_ME team brought over 30 stakeholders from Egypt together in a virtual national workshop. This event, organised by IDG and HBRC in Egypt and Guidehouse in Germany, built on the kick-off meetings held just over one year prior in Cairo where stakeholders were introduced to the activities in Phase II of the project. In this workshop, the team presented the current status of the project as well as the tools and resources developed over the course of the past year.

Moderated by Riadh Bhar (Guidehouse), sessions included a live demo of the Building Energy Performance Tool, the building typology for Egypt, and the baseline values feeding into the project's other activities. This was followed by a presentation by Norhan El Dallal (IDG) on the voluntary energy classification scheme under development in the country. To draw a link to the wider MENA region, Dr. Faisal Alfadl of the Saudi Green Building Forum then presented on how Saudi Arabia is supporting the acceleration of green buildings with a value chain approach.

The Guidehouse team continued by introducing the process for providing support to pilot projects on the ground in the BUILD_ME target countries. This was followed by a specific example of how the BUILD_ME team is supporting the development of the central library at new Mansoura University by Nehal El Sherity​ (IDG). She explained how the BEP tool was used to optimise the energy performance of the building. Lastly, Rana Abouzeid (IDG) gave a live demo of BUILD_ME’s demonstration projects database, which is a one-of-a-kind compilation of low-energy buildings in the MENA region, and encouraged participants to upload their own projects.

The presentations can be downloaded below: 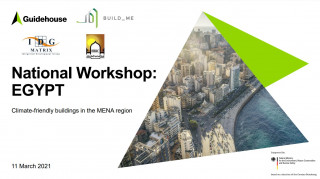 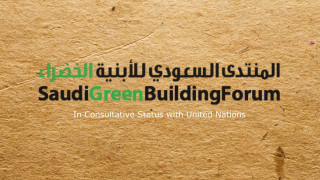 Supporting the acceleration of green buildings in Saudi Arabia

In recent months, the BUILD_ME team conducted a series of online trainings for stakeholders in Egypt, Jordan and Lebanon. The trainings were for designed...

New partnership with Green for Growth Fund and BUILD_ME project

As of September 2021, the Green for Growth Fund (GGF) and the BUILD_ME project are teaming up to accelerate the uptake of energy efficiency in new building...